Start typing and press
Enter to search
Skip to content

Our final weekend during my parents’ visit last January/February was the ultimate crescendo to a wonderful 3 weeks together…getting up-close and personal with mountain gorillas! 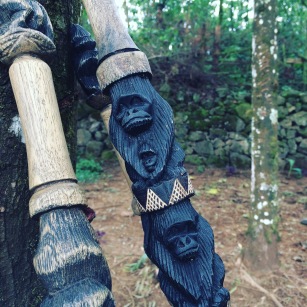 Crouched down, admiring the large silverback 10-15 feet in front of me, and looking through my camera lens, the 40+ year old got up from his relaxed pose he had been holding for several minutes now.  He came right up to within a foot of my face, while I kept my camera and eyes down so as not to intimidate him. Running through my head were thoughts and visions of him headbutting me or shoving me down the incline I was on. Instead, he stopped to stare me down and then kept moving brushing past me as he made his way between other members of our group standing off to the sides. As strong and ferocious as he seemed to be towering down at me, his brush against my shoulder was deceivingly light and delicate. A fact I was quite thankful for in that moment! In describing what it was like to come face-to-face with this silverback…I can only say that it was equally one of the most incredible experiences and most terrifying moments I have ever had. It is not one I will ever forget. And this was just the start of our hour spent among the Kwitonda family. 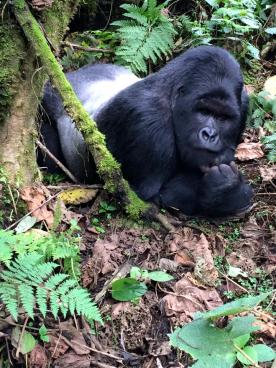 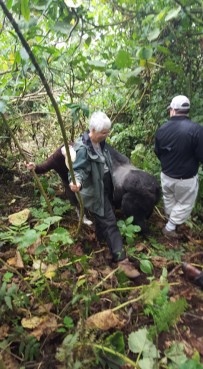 Keeping a 7 meter distance between us and the gorillas seemed like an impossible task as our guides cut our path through the brush with machetes. We moved left and right, forward and backward as we navigated our path through the middle of the family all moving about around us; on the ground and in the trees. We came upon a mother and her 3 week old baby, whose hair I resembled to my husband’s when it gets long and slightly wavy. His mother protected her young and shielded her baby but not before we could soak in its cuteness. 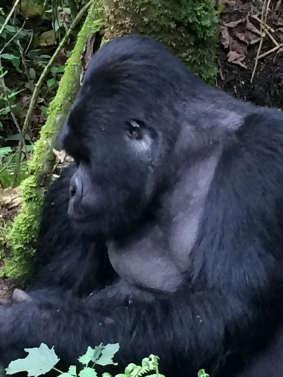 Among the family was the one clown who needed everyone’s attention. He found two trees nearby our group to twist and twirl around, flipping around and around…we were hooked, taking in his show. But all good things must come to an end as he found out and he left us embarrassed but not before trying to pick at my mom’s hair as she passed by him.

We looked on in awe of what these massive creatures could do to the trees and vines around us. They climbed up and came scooting down bringing vines down with them, stopping at the bottom to chow down.

Desperate for the right bite!

And as we came down the volcano and out of the park, my husband exchanged a few words and phrases in Swahili with one of our porters. Next thing we knew, we were singing along in Swahili with him a song for welcoming tourists. It’s now a song we have stuck in our heads and have made our anthem on our adventures all around the world, singing it to ourselves! … Jambo, Jambo bwana…habari zako…mzuri sana… 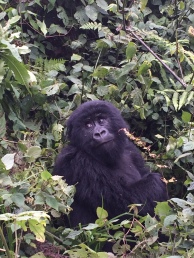 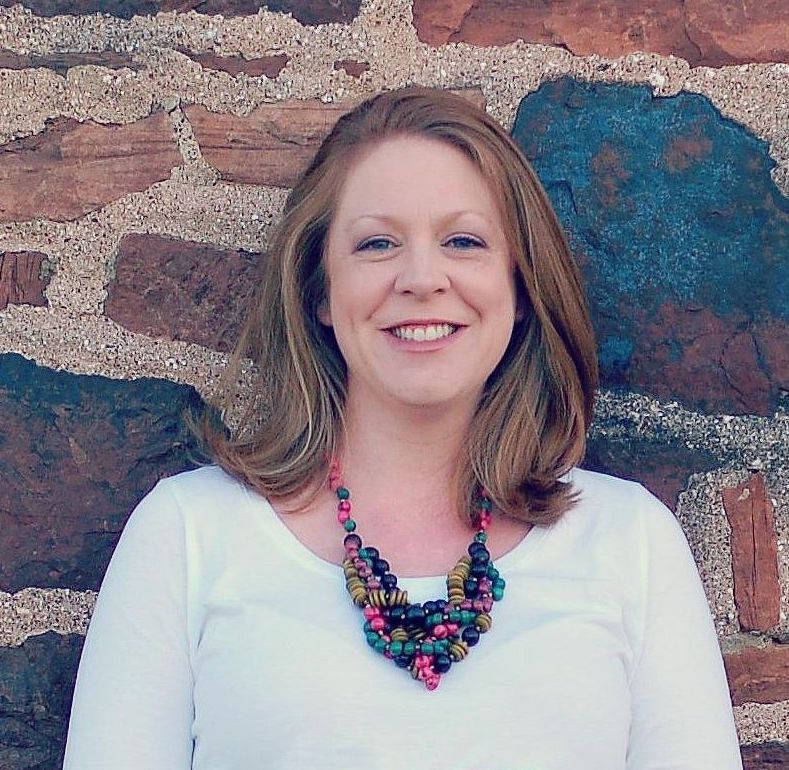 I'm a foodie on a journey to learn more about myself, my passions in life, and the world around me through cooking, eating, and traveling.